Today, the total cryptocurrency market cap is trading at $216 billion. Total trading volume is currently at $15.4 billion and Bitcoin’s market dominance is hovering around 52% and it seems that this this market dominance is what the market is being comfortable with for the past few weeks. 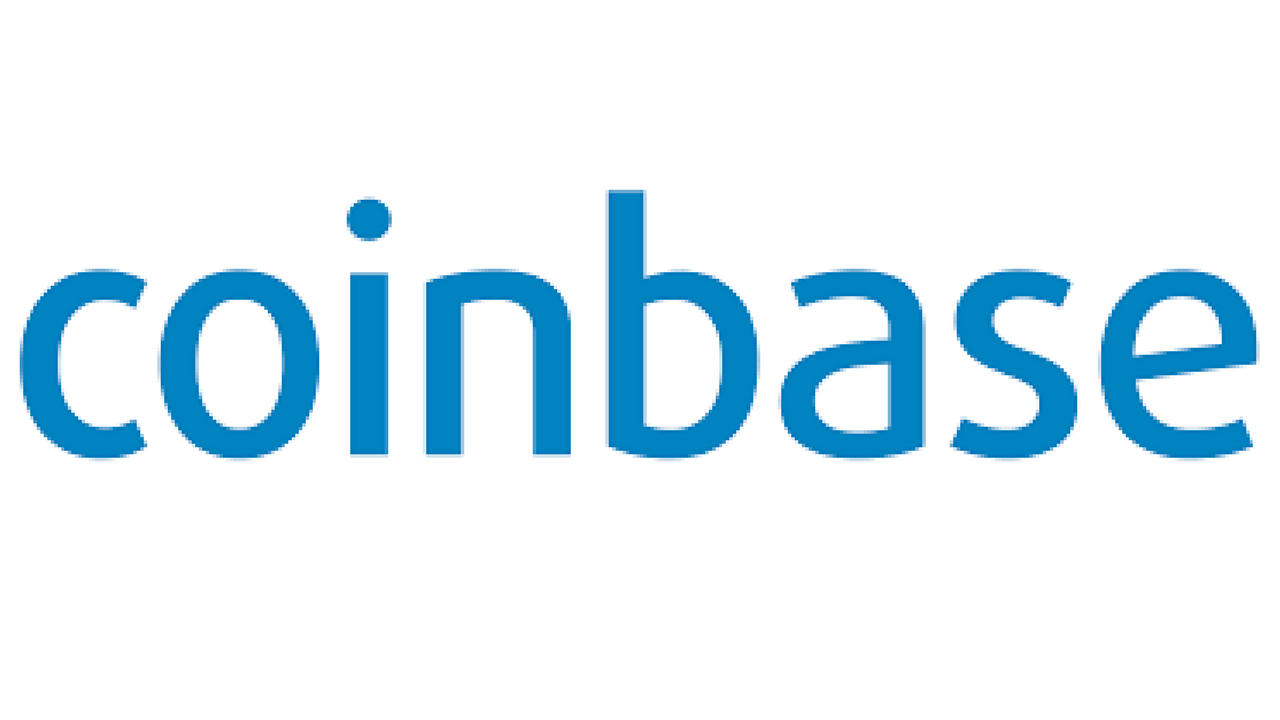 Yesterday, Coinbase had announced that they would be allowing projects to submit their applications to be listed. Currently, Coinbase tends to pick which coins they would be potentially be listing and then let the public know. What happens with the current model is that when people get any wind of potential listings, the price of that certain coin becomes inflated. The pros with this new method are that people’s favorite projects can actually apply versus having to be selected which eases the process in projects wanting to gain more liquidity. The cons of this is that lots of new projects will apply and some may even get accepted which can take away from some of the exclusivity of Coinbase. Coinbase is notorious for not listing many coins with only having 5 coins listed since it first started in 2012. Others, like Binance have listed many coins and has become the #1 exchange in the world by many measures which is a completely different business model than Coinbase but just as successful if not even more successful because Binance operates on a global scale instead of Coinbase’s US-centric scale. Binance already charges hundreds of thousands of dollars for listing fees so this definitely can bring some more exposure to not only coins but add more money into Coinbase especially in the event that Coinbase ever decides to go public. 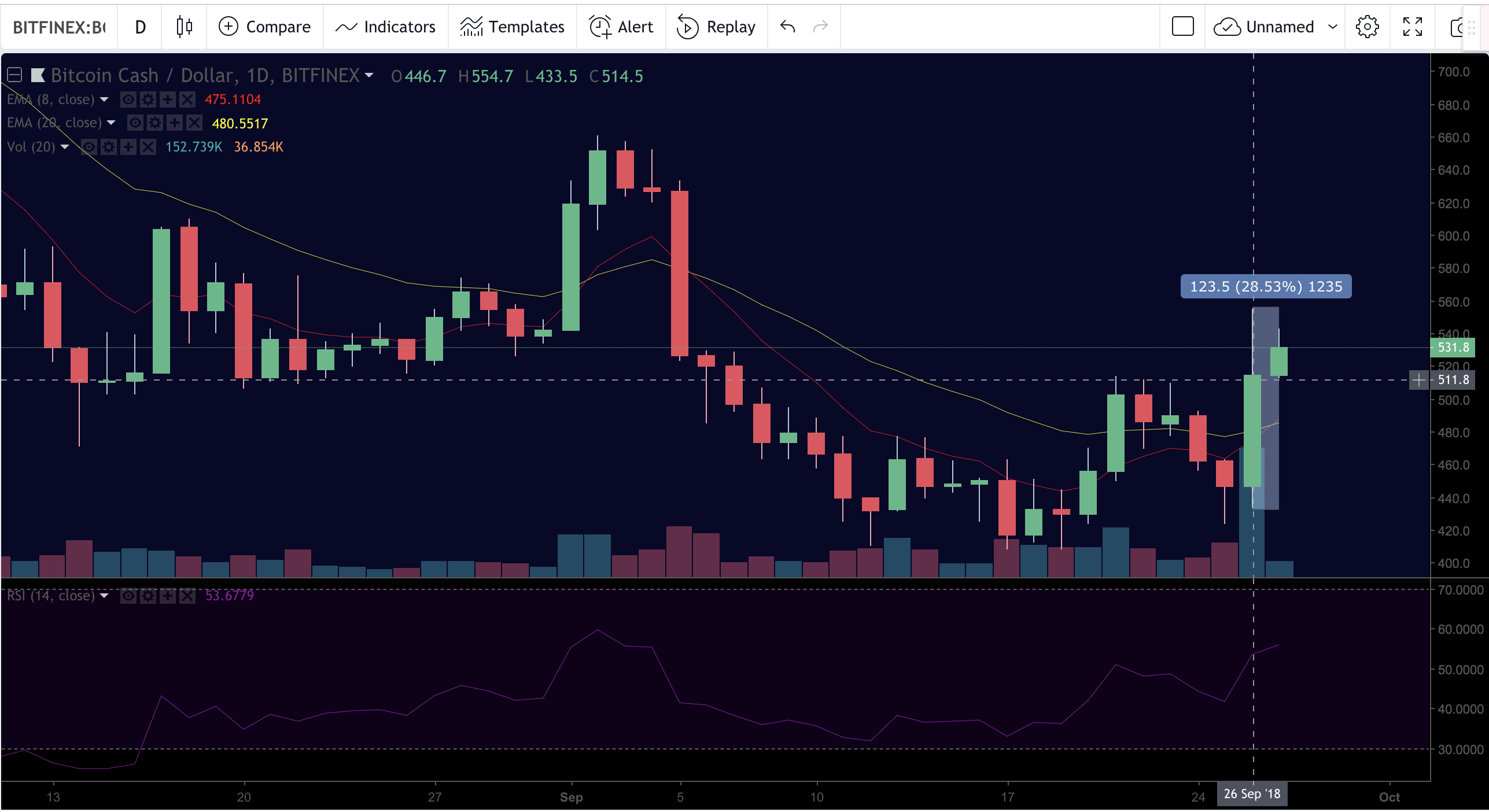 The other big news for the day was that Bitmain has filed for an IPO in Hong Kong. After months of waiting and arbitration, Bitmain has finally filed its IPO but this was not an easy process whatsoever. They’ve allegedly been misrepresenting information as well as losing money in converting a lot of their Bitcoin to Bitcoin Cash which ultimately caused them almost half a billion dollars in losses. I’ve been saying that even though Bitmain’s mining pools have controlled most of the Bitcoin hashrate, that it’s not necessarily a bad omen. If Bitmain controls most of the hashrate, they’ll still be incentivized to uphold the network with integrity. The biggest beneficiary of this news today was Bitcoin Cash however, rising up almost 30% in a day and it can be assumed that this rise was due to the announcement of Bitmain’s filing for their IPO. 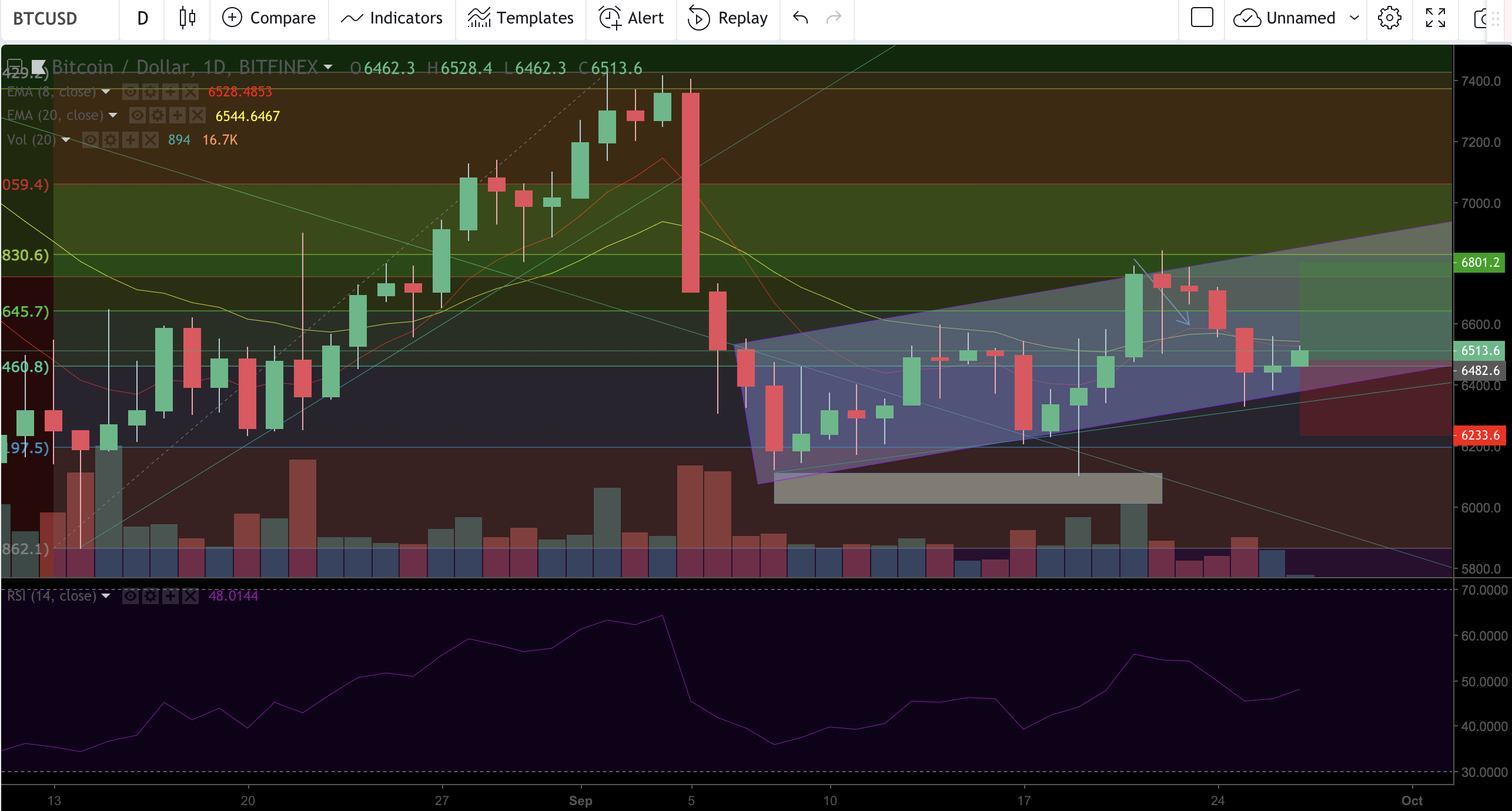 Today, Bitcoin is trading at $6515. The bear flag pattern has been extended and it has been bouncing within this upward channel between $6100 and $6800 so far. If this pattern continues the next move upwards should create another high right above $6830, probably $6850. There is some difficulty in trying to surpass the 20-day EMA which sets the mid-term trend so it can be assumed that the price is finding resistance there. It’s been 1 month since we’ve traded above this 20-day EMA with strength so expect more momentum once we surpass there. We did surpass this point a few days ago but right when we did, we had 3 consecutive days of selloffs. The good news is that the micro movement is still creating higher lows for the 3rd time. RSI is technically still bearish since it’s below 50 RSI and MACD’s histogram is relatively stagnant meaning that momentum isn’t giving that good of signals. The real breakout should occur once we break past the swing high of $6830 as that’s also the 38.2% Fibonacci line. 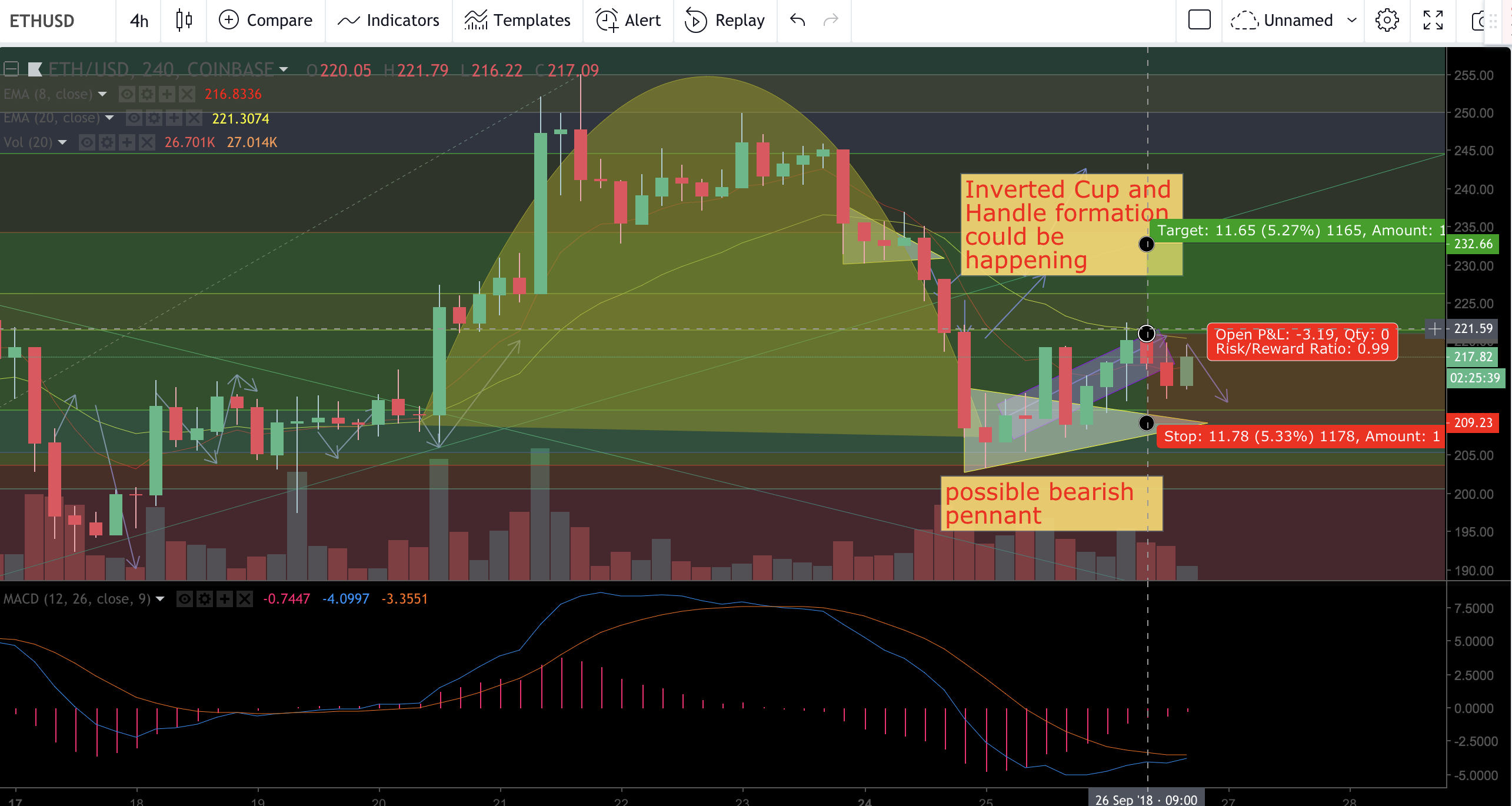 Ethereum has been playing to the tune of what I’ve been saying. A possible inverted cup and handle has been forming and like I said there was going to be resistance at the 38.2% Fibonacci level where $221 is. The price rose there and is facing retracement right now as it’s currently trading at $217. If this pattern continues, then we have just started a movement where the price should still be moving down, so I would be very careful in wanting to enter Ethereum, no matter what the indicators are telling me. The news in the media has not been strong enough from a fundamentals standpoint to surely enter. If the price does move up within the next few days and breaks the inverted cup and handle formation, expect resistance between $233-236. MACD on the 4HR charts does seem to be crossing upwards into the positives so that’s one good sign amongst many other bad ones.